As the Des Plaines River crept onto their doorsteps, residents of Fox Point mobile home park were reluctant to leave their homes. Some were carried to safety by rescue workers as flood waters consumed the small mobile home community in April 2013.  Many residents lived in a shelter at the Wheeling Park District Community Recreation Center while they waited for waters to recede.   After two weeks, the shelter closed and residents were told they could not return to Fox Point.  With nowhere else to turn, they disobeyed these orders and returned to their homes.  Many feel that Wheeling officials exaggerated damage claims in order to dismantle the park.  Activists and some of the residents felt that the park was being targeted because of its 80% hispanic population.

Community members are already feeling the absences of those who chose not to fight the city. Some think the city is trying to develop the land, which sits just across the river from the Des Plaines River Trail.  Longtime Fox Point resident Javier Barrera says, “this is not a million dollar home, for me this, it's a little box, but it's my house."  Wheeling officials state they have no interest in the land.  Despite an unsteady future, residents continue with their daily lives unsure of what the future holds. 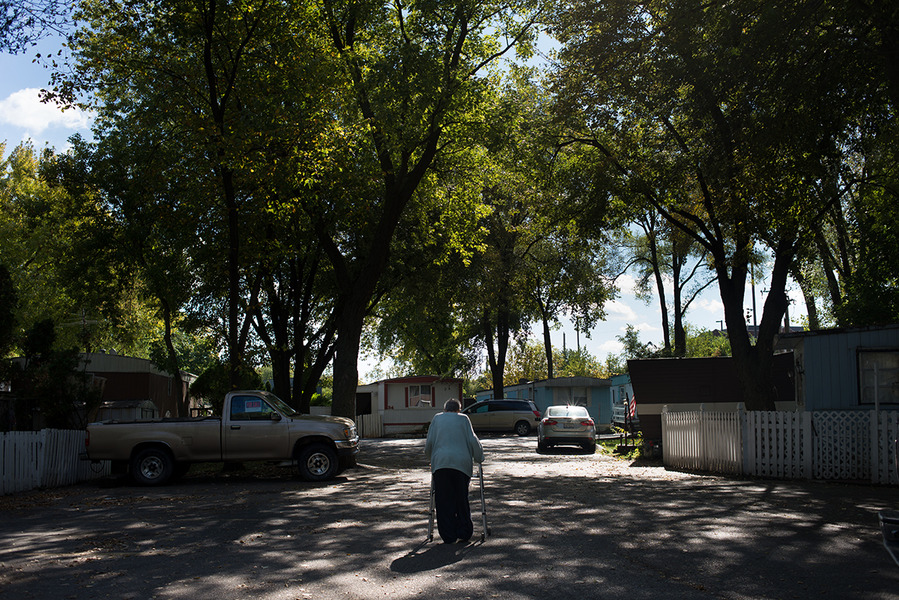 Lynn Jones, the property manager of Fox Point, slowly makes her way to the mailbox at the park. Jones has been managing the property for the past twelve years and many of the older residents have lived in the park for a majority of their lives. 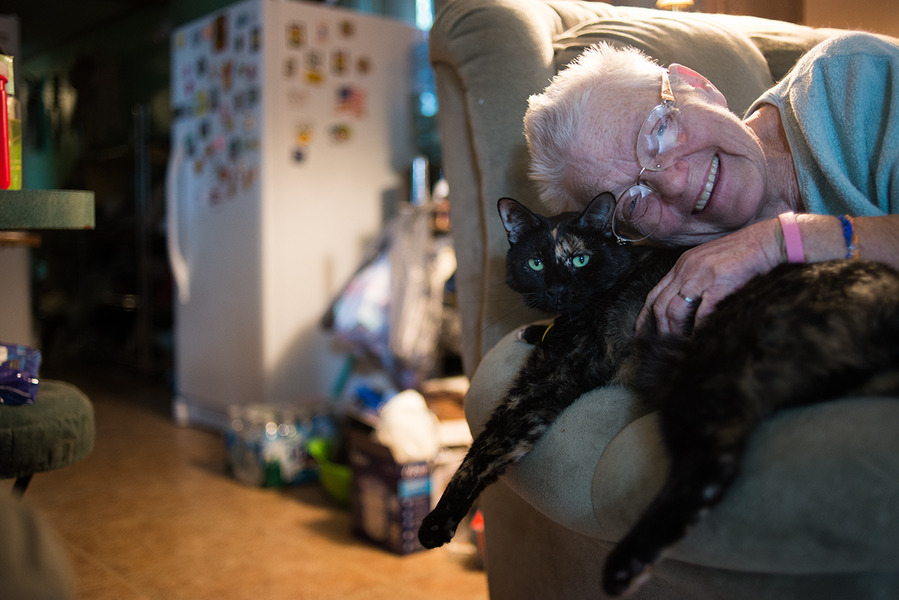 Jones considers many of her neighbors family and knows that most have nowhere else to turn. Jones also worries that she would not be able to find a home for her beloved cats if she is forced to move on. 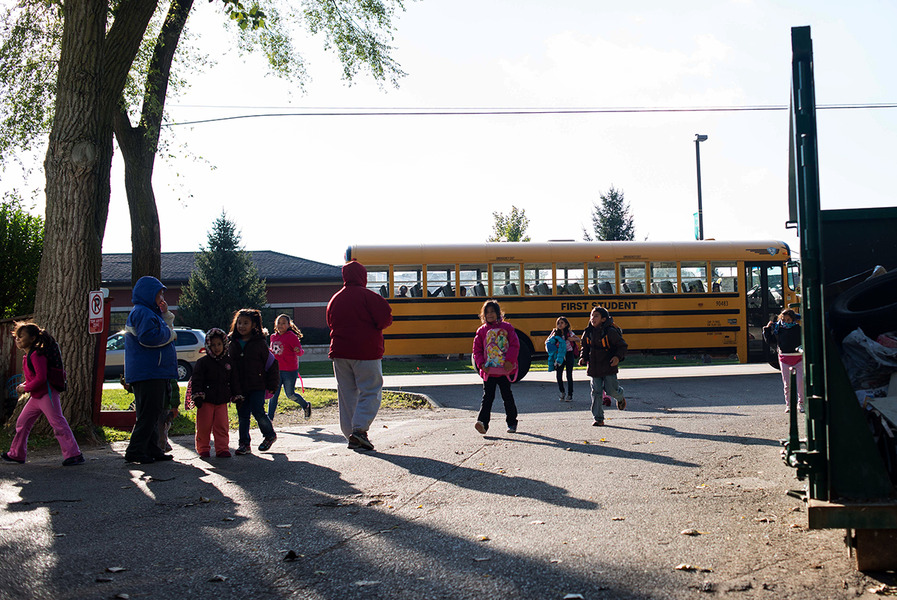 The end of the school day is a breath of life for the park as children return home and parents greet them upon their arrival. Many have spent their entire lives in Fox Point. 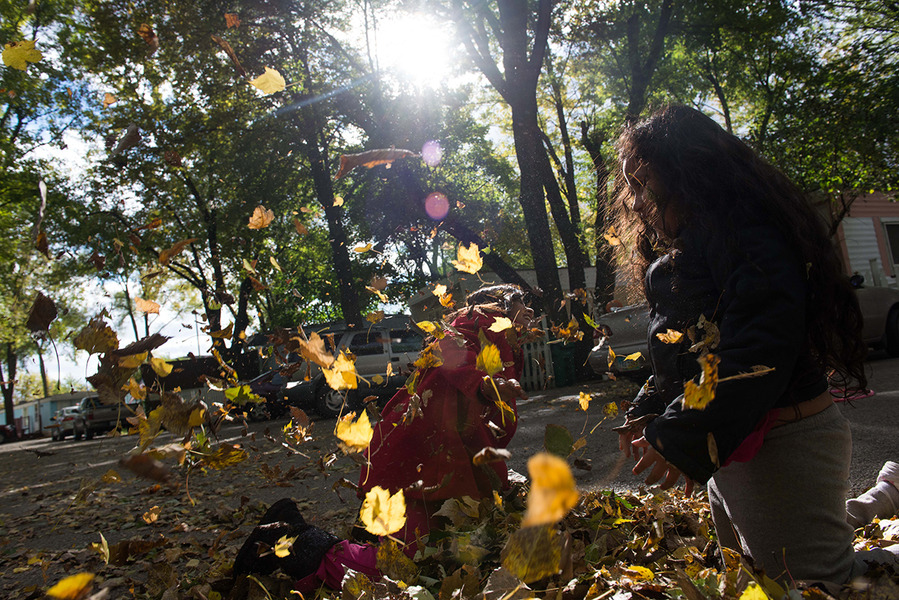 Children in Fox Point do not fully understand why they might have to move. Their biggest truth is that they may have to abandon the life long friendships they have cultivated. 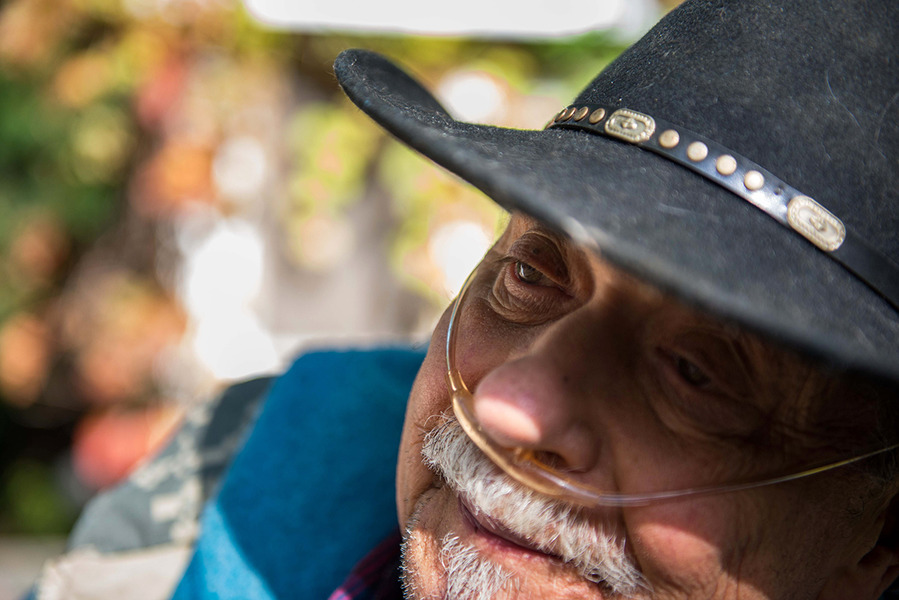 Herbert Wolff is one of the numerous residents that have come together for resist removal. Several activist groups have helped residents to organize against accusations that the park is uninhabitable. 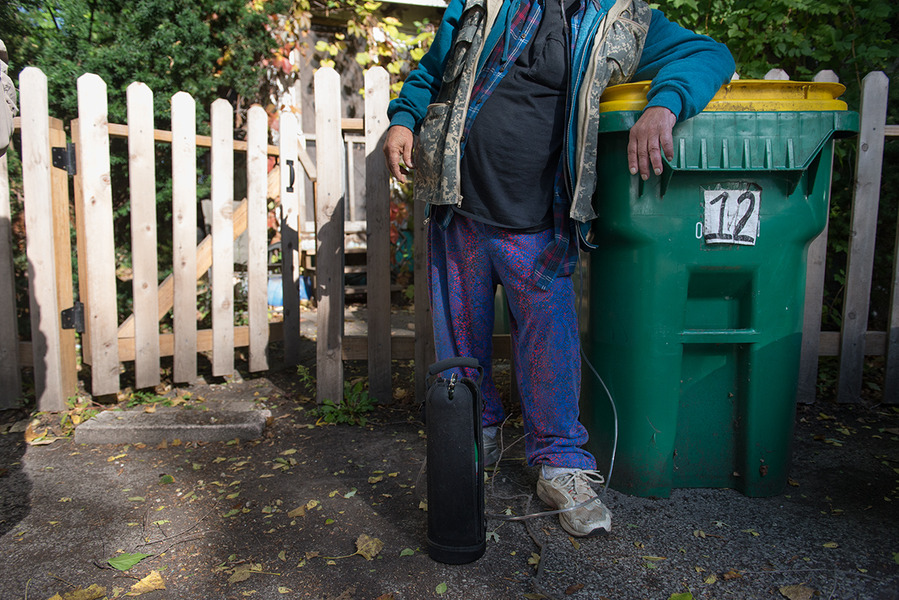 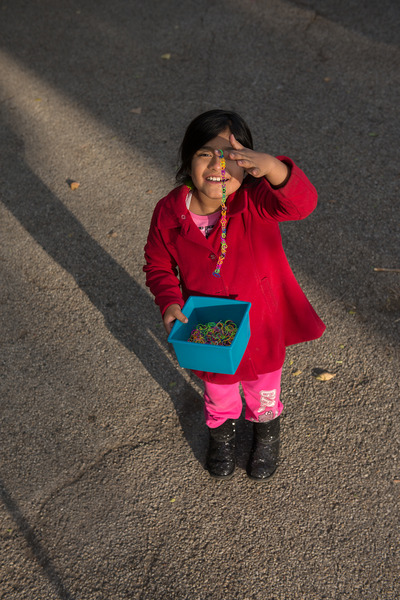 Vanessa Barrera, 8, holds up a rubber band bracelet that she created near the entrance to the park. She makes these for her friends around her home and in school. 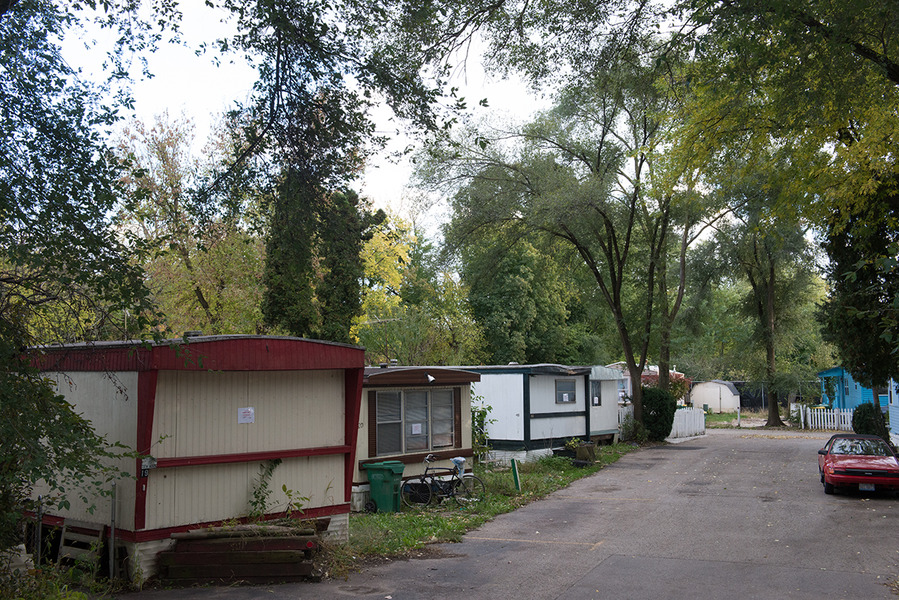 A row of abandoned trailers closest to the Des Plaines River line the back of the park. While many do show signs of damage, residents state that those who occupied these homes gave into the pressure to move elsewhere. Many of the units were marked as uninhabitable. Residents feel the city officials have not been clear as to what needs to be fixed to bring the units back into code. 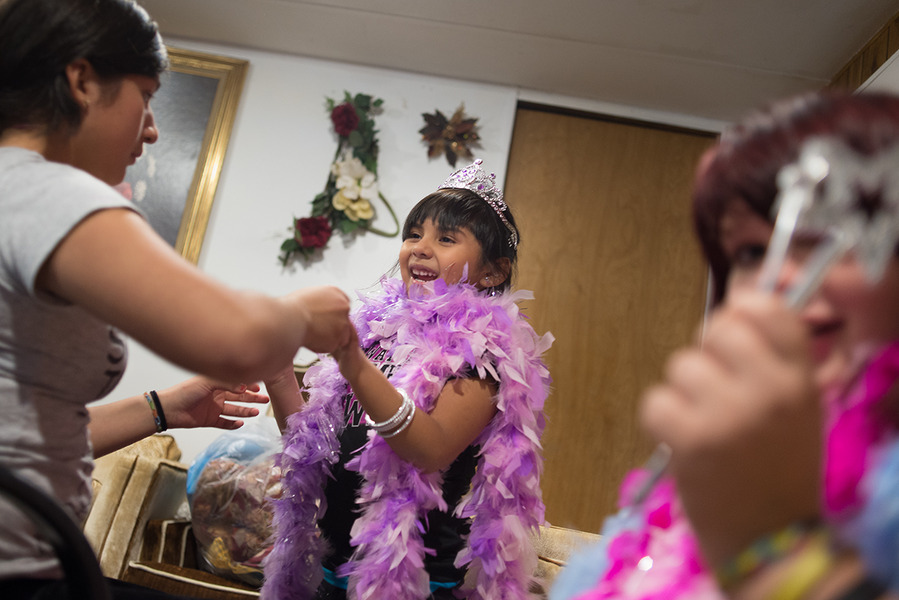 Although the entire park was at one time considered unlivable according to claims by various inspectors, many of the units appear in working order. 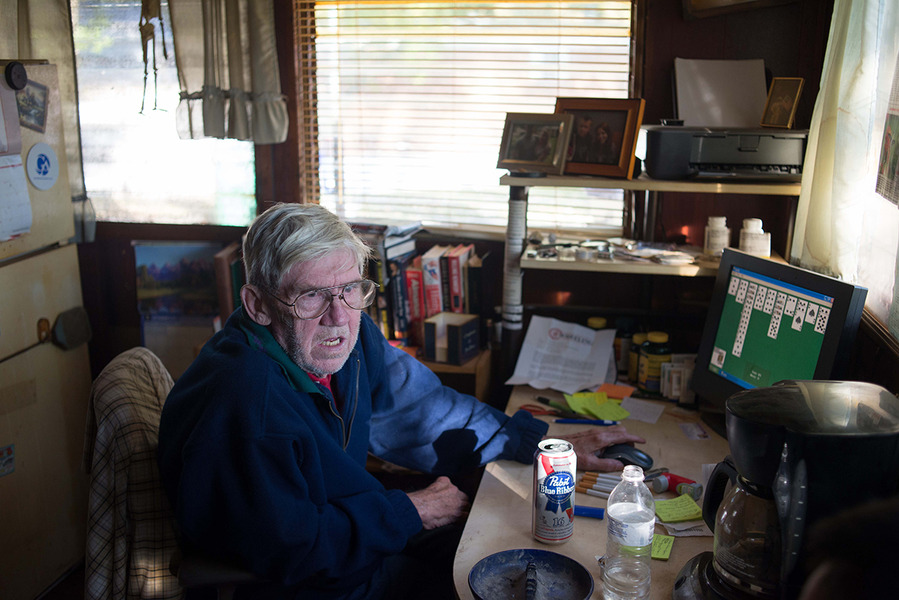 73-year-old Ken Nash has been a resident of Fox Point for the past 38 years. He expressed his frustration in stating, "They don’t want to hear my shit, they’re a bunch of empty suits up there … empty suits, they don’t give a shit about nobody … I’ve been here for 38 years, I’ve been through about five floods, three bad ones”. Nash explained that he never imagined himself living anywhere else then Fox Point. He thought he would die there. 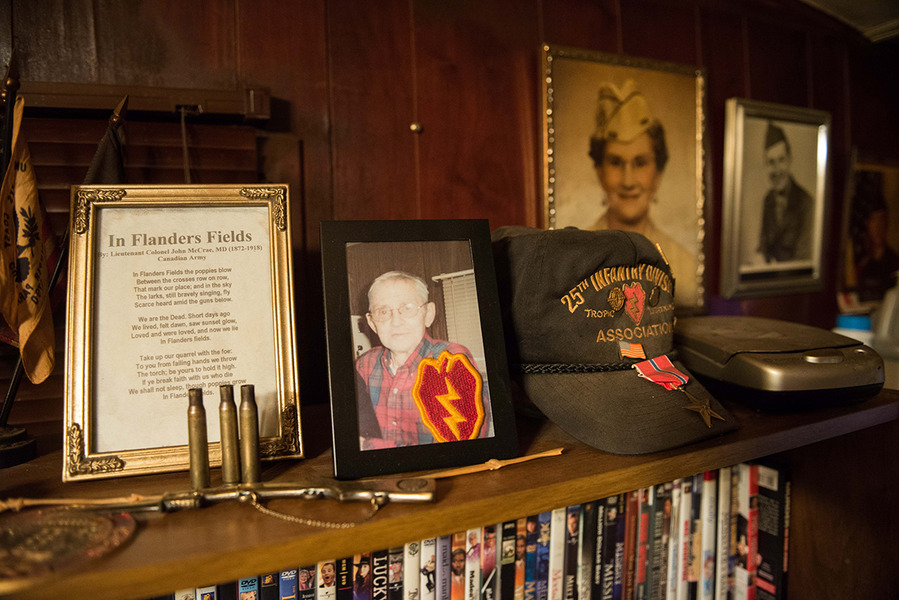 Artifacts in the Nash household.