Chicago Youth Boxing Club (CYBC) was established in 2001, but moved to the La Villita Community Church in Little Village during the fall of 2007. Pastor Victor Rodriguez, who has been with the church for thirteen years, stated that the church and community were not sure whether establishing a boxing club in the basement of a church would be a positive addition. “There were some folks that were reluctant”. Some asked “why are you going to have a boxing club fighting in the church?”

Little Village residents feel that outsiders tend to overlook the positive things about the community. Pastor Rodriguez states, “it has its challenges, there’s gangs, there’s drugs, but there's also alot of good people. We just seem to concentrate on the 1000 kids who do all the havoc."  Members of the church describe the club as a "family" and that there is a clear sense of community throughout. 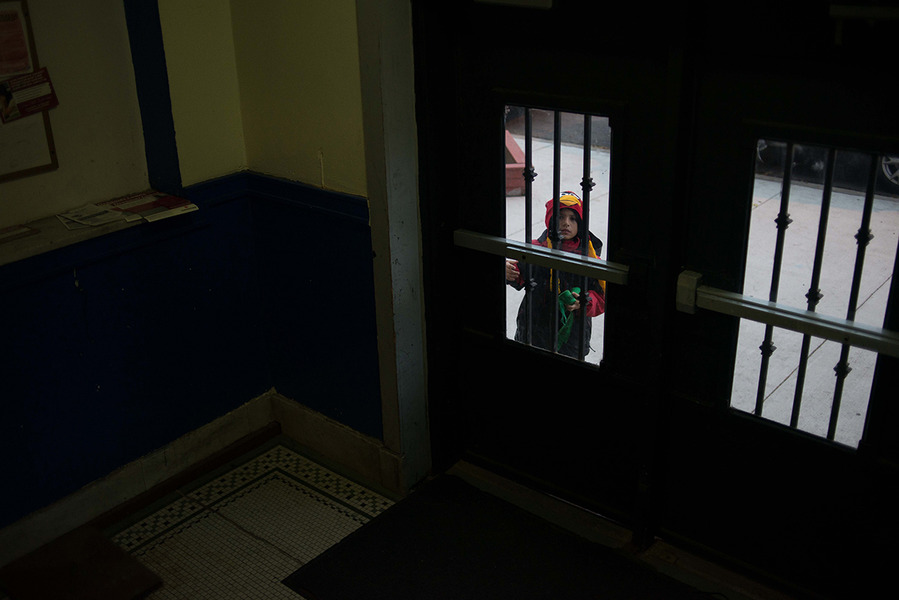 Andrew Arciniega, 8, peers into a window at the entrance of the Chicago Youth Boxing League's gym. The gym is located at the La Villita Community Church, which is located in the Little Village neighborhood of Chicago. Those who wish to enter must be buzzed in at the door to keep the location secure. 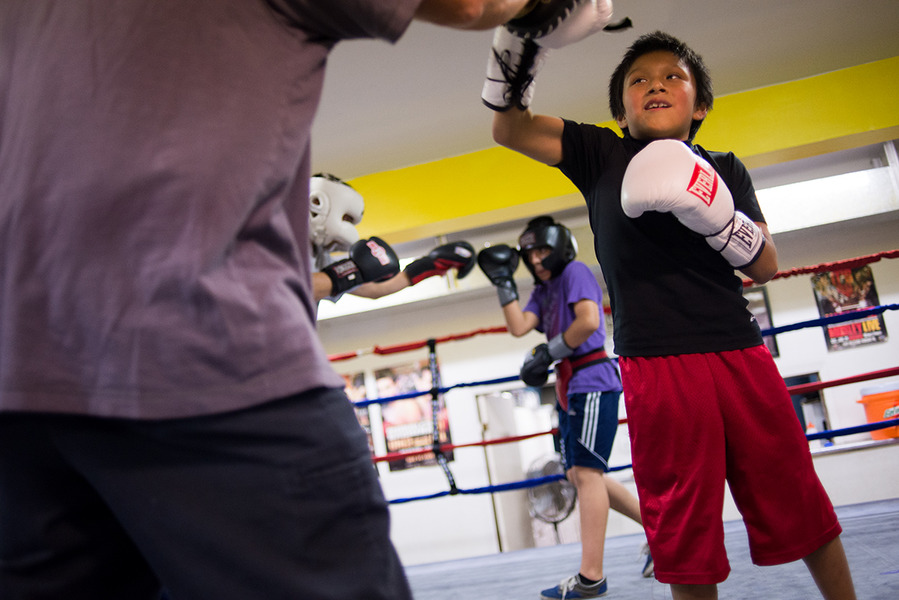 While coaches do perform a great deal of the mentoring, many of the older members take it upon themselves to help train the more junior members of the club. 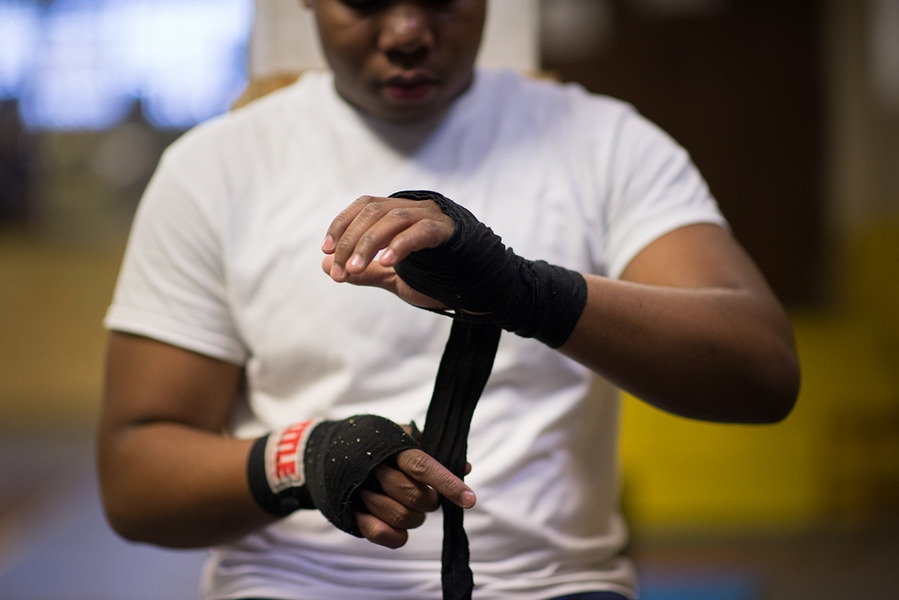 Tracey Patterson, 16, wraps his hands with boxer's tape in preparation for training. 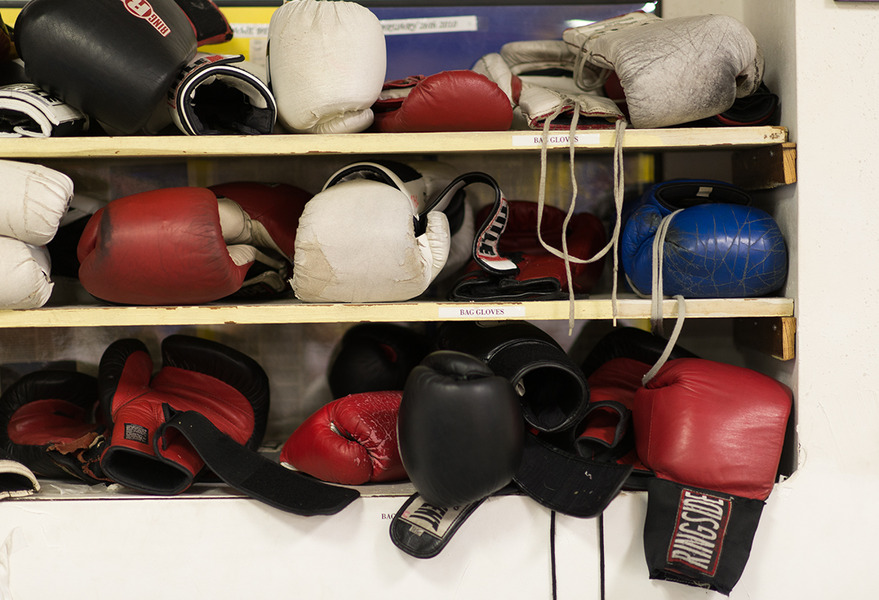 CYBC has kept running throughout the years in large part due to donations of equipment and the acquisition of grant money. Despite their close connection, CYBC and La Villita Community Church are technically two separate entities within the same building. The church allows CYBC to occupy the space rent free. 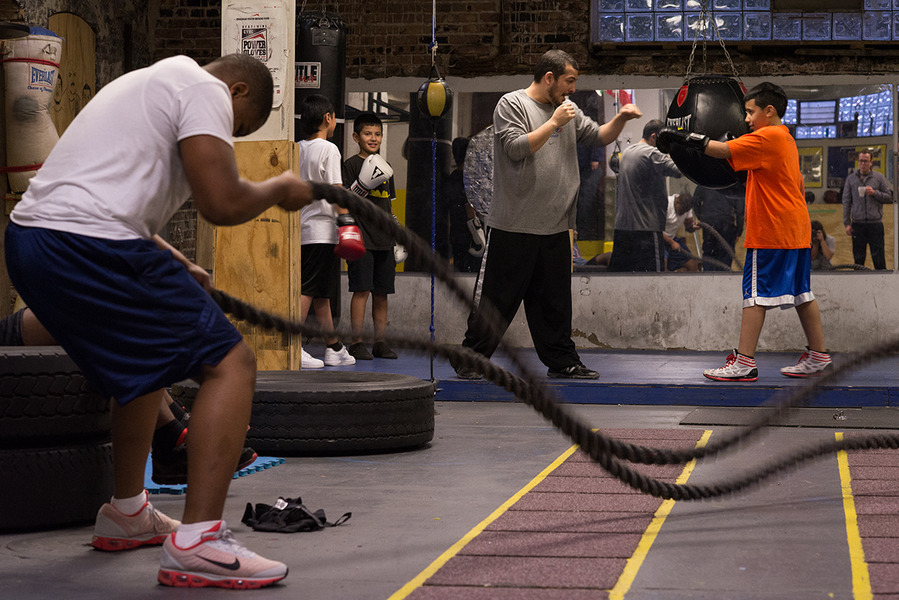 Head Coach Gabriel Navarro (center) says many individuals use the community as an excuse as to why youth sometimes choose a more troubled path. “The neighborhood is not an excuse,” Navarro states. “Boxing is the hook, then we start preaching about going to school. If you're out of school, we try and get you a job. We try to fix the neighborhood a little bit; pay it forward.” 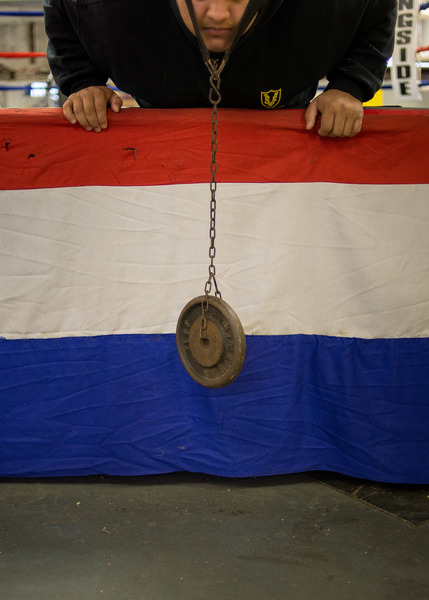 Professional boxer and CYBC Member Ricardo Chavez has been training at the club since it moved to La Villita in 2007. 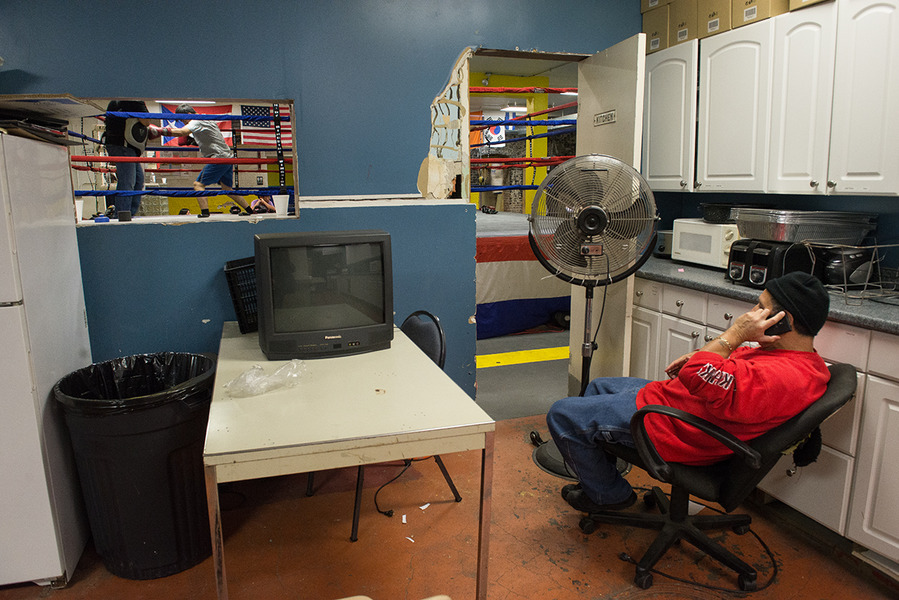 Coach Raul Montes Jr. talks on the phone in the club's kitchen as members spar in the ring. Every space in the gym is utilized to its fullest potential. 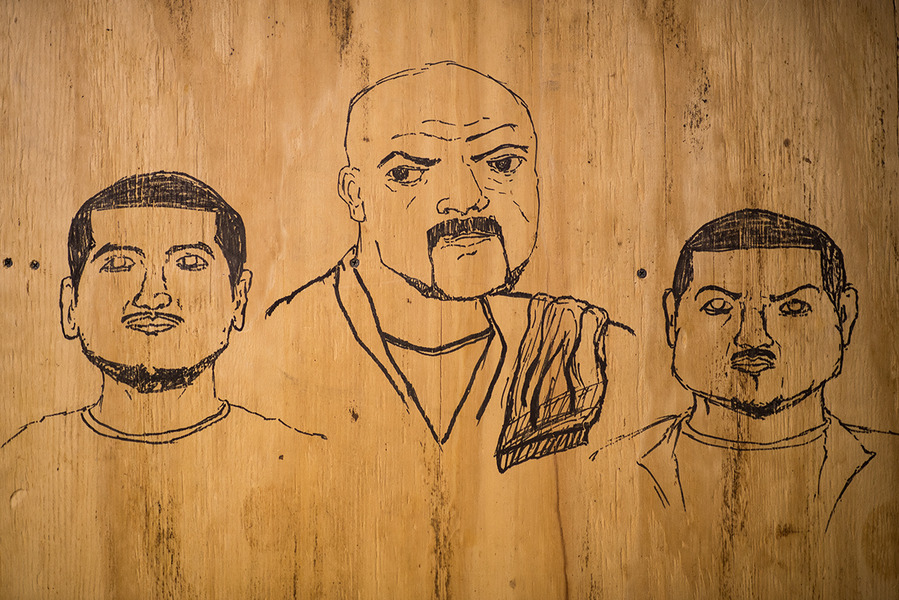 One member's rendition of the CYBC coaching staff. 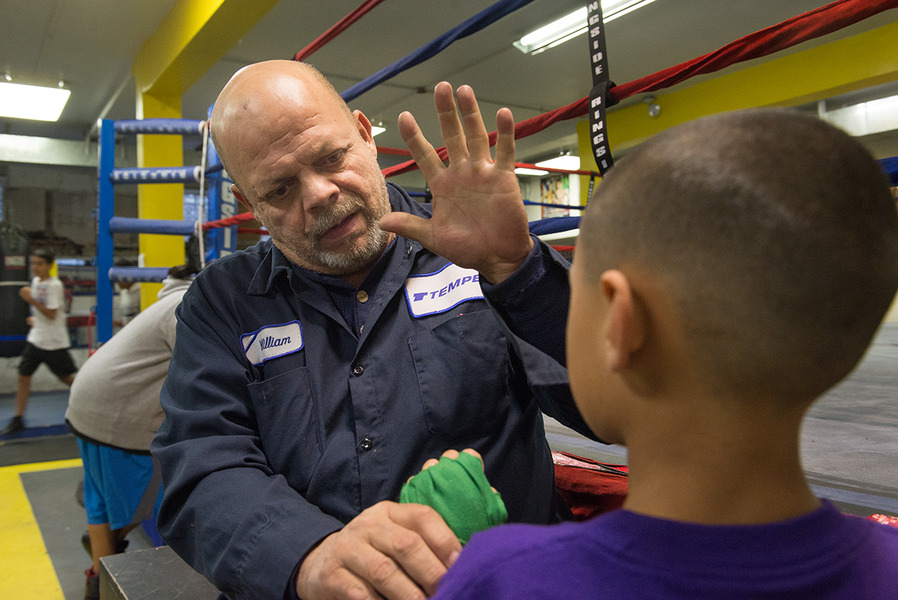 William "Chupi" Rodriguez converses with 8-year-old Andrew Arciniega while preparing him to train. Despite being a newer member of the club, Arciniega seems comfortable around his new mentors. 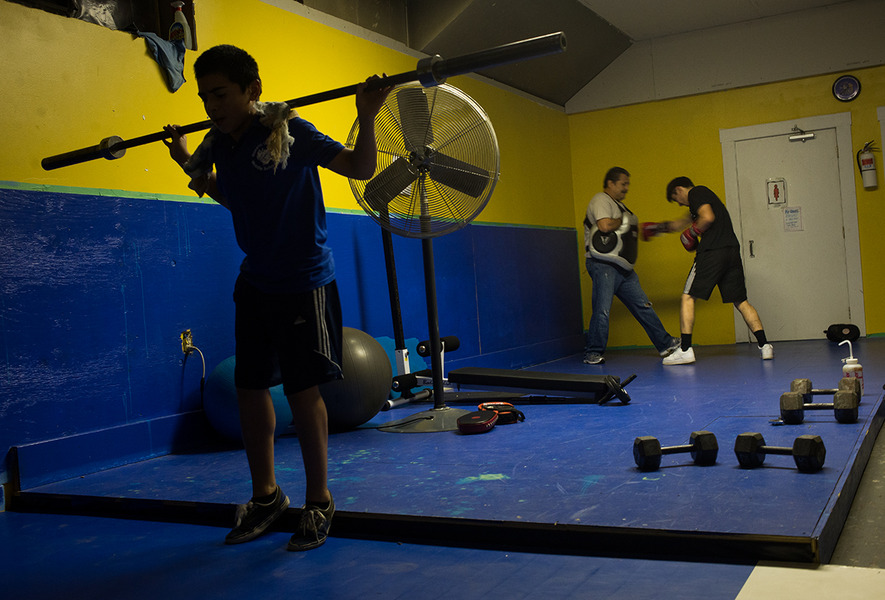 (From left) Mario Gurrera, Juan Gurrera Sr. and Juan Gurrera Jr. train in the weight room of the club. Juan Guerra Jr. has been attending the club since it moved to La Villita in 2007. 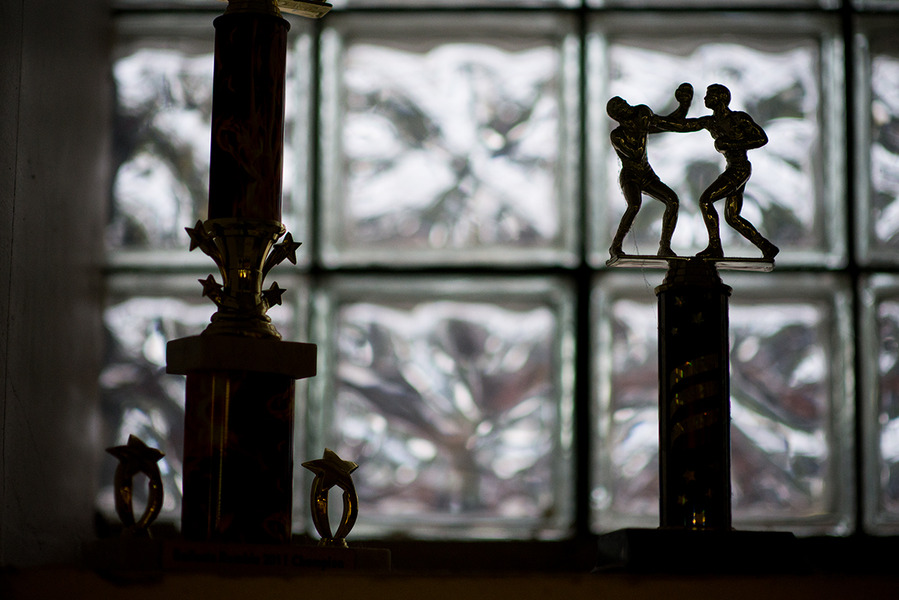